When the Fed States the Obvious, Markets Grow Uncertain

The Federal Reserve often reaffirms aspects of its monetary policymaking that the market already knows, hoping this transparency will build further confidence in its institution and future actions. But should the Fed be doing this?

Derek Harmon, assistant professor of strategy at the University of Michigan Ross School of Business, explores this question in an article published in the journal Administrative Science Quarterly.

Harmon examined every speech made by the Federal Reserve chairperson from 1998 to 2014 and found that the more the chairperson discussed taken-for-granted assumptions underlying the monetary policy framework, the more this actually created uncertainty in the broader financial market.

If this sounds strange, consider the following: We all hold assumptions that we take for granted and view as objectively true. We are all supposed to know them, so why talk about them? As a result, when someone says something that everyone is supposed to know, and does know, it makes others question whether it is true after all—saying what is obvious makes it debatable, Harmon says.

And that’s exactly what he finds. The more the Fed chairperson reaffirms assumptions that everyone already knows, the VIX Index—a key indicator of market uncertainty—increases. The only situation in which stating these assumptions is safe is when the chairperson’s speech is especially optimistic about the future.

The Fed has struggled for years with how much information to share publicly, Harmon says. Historically, the Fed preferred secrecy for fear that the market would overreact to information it didn’t understand. Facing increasing demands for transparency, it has become more willing to communicate its thinking and approach.

Harmon’s findings point to an important unintended consequence of this commitment to transparency. Even so, he suggests that perhaps our institutional leaders should actually discuss the market’s taken-for-granted assumptions more regularly.

“The sustained discussion of the underpinnings of our complex financial system may keep both leaders and market participants more aware of the assumptions we all are making,” he said. “So long as we don’t start to take these discussions for granted, such efforts should sporadically create market uncertainty, which is important in a healthy financial system to keep people from taking extreme risks.”

Investors and market makers, Harmon says, would do well to consider their own assumptions, or what they presume to be objectively true, before making their next bet on the market. 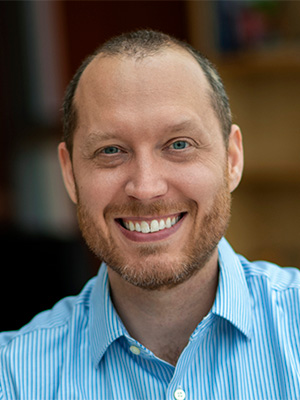 Jun 13, 2018
When the Fed States the Obvious, Markets Grow Uncertain