Rebuilding Trust in the Media From the Bottom Up

Professor Michael Gordon writes in The Conversation about how social entrepreneurs are transforming journalism.

It seems clear that someone needs to rebuild trust between the media and the communities it serves.

Algorithmic upgrades are not the only answer. A complementary solution, as Laxmi Parthasarathy from the nonprofit organization Ashoka and I argue in a new paper, is what we describe as a bottom-up media revolution where social entrepreneurs, embedded within the very communities challenged by polarization and suspicious of the media, are working to re-establish trust.

A short history of social entrepreneurship

So what exactly are social entrepreneurs?

There continues to be some discussion around the term, but here is the working definition I use. Social entrepreneurs are people who take an innovative approach to addressing the societal problems that are not being effectively dealt with by for-profit, civil or governmental sectors. Though they may operate organizations legally registered as for-profits or nonprofits – and occasionally hybrids – their primary ambition is social change, not financial reward.

Throughout history, certain individuals have worked in these ways. One example is Florence Nightingale, who founded modern nursing in reaction to a clear need. But it is in the last few decades that the term itself has established itself in media, policy and scholarly circles.

As individuals, social entrepreneurs share the traits of being innovative, adaptive and fiercely accountable to those they serve. They are relentless problem solvers who navigate around constraints.

Mohammed Yunus, for example, recognized that poor people in Bangladesh needed credit but lacked physical collateral and, of course, credit ratings. His solution – the Grameen Bank – was to make loans to groups of women using so-called social collateral, or the peer pressure that the women exerted on each other and their knowledge of each other’s trustworthiness. Loans, in other words, could be based on joint liability. To date, Grameen has issued more than US$20 billion in credit and has approximately 9 million borrowers.

I’ve been studying social entrepreneurs for years and have compiled and distilled their wisdom in a forthcoming book. No matter what societal problems they are addressing, trust is the foundation of their work.

Consider these two examples from the more than 100 organizations I’ve examined.

Reach Incorporated in Washington, D.C., tutors low-income grade schoolers having problems with reading. Its tutors are not teachers or outsiders but young people the pupils can relate to: high school students from the same neighborhoods who are also having literacy problems. Reach employs more than 200 high school students each year to tutor a similar number of students. No formal studies have been done, but Reach says the impact has been significant: “Elementary school participants average one-and-a-half grade levels of reading growth per year of participation while their teen tutors average more than two grade levels of growth per year.”

Last Mile Health offers health care services to Liberia’s remote poor. The key is that the services are provided by local people. Community members receive professional training, supplies, and supervision to deliver primary health care. As a result, they have both familiarity with, and the trust of, the community.

Though the problems related to disinformation may seem dire in the U.S., they have been – and are – much more severe elsewhere.

They include government censorship, lack of skilled journalists and reporting standards, and a chokehold on “the news” by those with means and power.

It is not surprising then that social entrepreneurs have stepped up to address concerns like these, especially to give voice to those who are socially or geographically outside the journalistic mainstream.

Their interventions take many forms. For example, they use text messages to collect and disseminate information where the internet is not widely accessible, online repositories to collect user-generated content, and professional training for local citizen journalists.

The nonprofit organization Ashoka, where my colleague Laxmi Parthasarathy is director of Global Media Partnerships, has been at the forefront of social entrepreneurship for nearly four decades. Through its network of chapters around the world, it identifies, analyzes and interviews social entrepreneurs to find those whose work is likely to create national impact. Among its 3,500 elected Ashoka fellows are Jimmy Wales, the founder of Wikipedia, and Kailash Satyarthi, Nobel Peace Prize laureate and children’s rights activist.

While many of these fellows are skillful at using media to bring attention to a cause, others are directly addressing the very foundations of media and journalism.

One of these is Cristi Hegranes of the Global Press Institute, which trains local women as journalists in 26 countries where there is scant media coverage of local concerns. After completing a 24-month training, all graduates become reporters for the Global Press Journal, supported by professional editorial assistance, with their work distributed internationally. Global Press has reported on issues including Rohinga facing persecution after fleeing to India, the Nepalese government’s tepid response to its devastating earthquake, and local communities worldwide withdrawing from the global food system.

Ashoka fellows aren’t the only people working in this space. Another social entrepreneur trying to change journalism is Sarah Alvarez of Outlier Media in Detroit.

Outlier describes itself as “service journalism on demand.” Its focus is on the issues that Detroiters, who have a median income of $26,000, say they care most about: housing and utilities. Outlier legally buys batches of cellphone numbers to reach as many residents as possible and sends them texts containing publicly available information about their dwellings including tax information and risks of foreclosure or utility cut-offs. It uses traditional reporting and data collection techniques to obtain information about every home address in Detroit. Residents who respond to Outlier’s unsolicited texts and want more detail are connected with an actual reporter who will investigate a housing issue on their behalf. Forty percent do.

These brief accounts suggest how social entrepreneurs are transforming journalism.

As NYU media critic Jay Rosen has argued, the trust essential for journalism is shifting away from trust based on authority to that based on transparency.

The Global Press Institute, for instance, embraces this shift by allowing everyone to readily understand its operations – from its editorial process to the gifts it accepts and its decision-making. Outlier is offering accurately reported, customized, usable information as another form of transparent journalism.

“Bottom-up media” means relying on accurate data and the unfiltered experiences of those at the margins. It means giving these people the skills and technologies to choose what to report and ensuring their journalism has the potential to create action.

As Parthasarathy and I discovered in researching 50 bottom-up media efforts, a shift is indeed afoot to empower local news producers and consumers, to create deep reporting everywhere, to enable the disenfranchised, and to bring light to a world being darkened by deceit and misinformation.

Michael Gordon is the Arthur F. Thurnau Professor of Business Administration and the faculty director of the Center for Social Impact.

This article was originally published on The Conversation.

Jul 7, 2020
How Did 'White' Become a Metaphor for All Things Good?
Jun 9, 2020
Stand for Something, Speak Out, and Take Action: How Businesses Should Approach Today’s Vital Social Issues
Mar 3, 2020
ACA Made Health Insurance Access More Equal But Racial, Ethnic Gaps Remain
END_OF_DOCUMENT_TOKEN_TO_BE_REPLACED 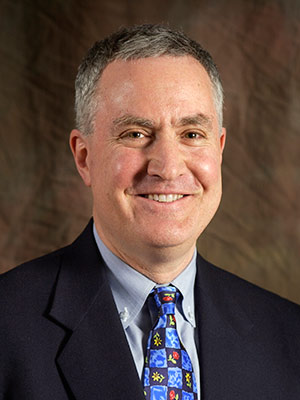 Apr 13, 2018
Rebuilding Trust in the Media From the Bottom Up
Apr 22, 2016
Understanding Positive Business: Ventures With a Dual Mission