How Firms Behave When Faced with Government Intervention

New research into the effects on firm performance of the two main types of industrial policy — incentives and regulations —finds that incentives work better most of the time.
University of Michigan researchers Felipe Csaszar and Cha Li looked at industrial policy through a strategic management lens and modeled the two main types of this policy: regulations and incentives.
They modeled firms as searching for good solutions. The government affects that search by setting up incentives that make some solutions more appealing or by setting up regulations that make some solutions forbidden. This approach is a new way of understanding the effectiveness of government intervention, which they term "behavioral industrial policy."
"If you manage with regulations, you stop certain avenues of inquiry a business might make as part of its strategy," said Csaszar, an associate professor of strategy at U-M's Ross School of Business. "We created millions of different scenarios to see what happens more often. When you set up incentives, firms tend to behave better, especially when the government doesn't have a crystal ball."
The research, upcoming in Strategy Science, helps sort out what happens when businesses face government intervention.
One example of how regulations can be detrimental is when the Ghanaian government forced businesses to build factories in certain locations decades ago. It turned out to be a bad decision because the products were manufactured far from an ideal location.
"Our findings suggest that if the government had used incentives, things might have turned out better," said Li, a Ross doctoral candidate. "Instead of forcing firms to relocate, they could have offered incentives to locate in the place desired by the government. Firms, knowing more, could have declined the incentives."
An example of how incentives can be beneficial for innovation is Denmark's wind energy subsidy, which promoted the development of wind turbines as efficient as coal plants. Had the Danish government forced firms to use a specific type of wind turbine, the government could have picked the wrong one, dooming innovation, Csaszar and Li say.
Apart from finding that incentives are usually better than regulations, their research runs against a commonly held idea in industrial policy: that government policy should remain stable. In contrast, they show that some policy instability can be good because it gives the government additional opportunities to transfer knowledge and it gives firms more opportunities to explore new solutions.
"For example, the United States government becomes more or less conservative every four or eight years, which carries many policy changes in areas such as the environment, healthcare, and trade," Li said. "When the government intervenes, firms face a lot of challenges. Because of these disruptions they are forced to search for new solutions, and some are better than they would have found without these disruptions."
In the U.S. and many democracies, shifting national policies from one presidential administration to the next increases uncertainty for businesses and investors, but can be positive in the long run, the researchers say.
"The undoing of policies of one president to the next brings instability, which is not always bad because it incentivizes the exploration of new solutions by firms," Csaszar said. "It dislodges firms from these turfs where they are. This has been going on in the U.S. for a long time, and it induces firms to try other options that help them explore new territory."
Read the study abstract
Media contact: Greta Guest, gguest@umich.edu 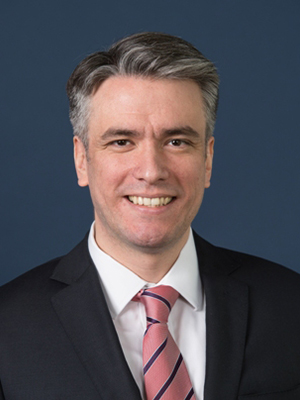 Jul 24, 2019
How Firms Behave When Faced with Government Intervention