Michigan Ross alumni traveled from all over the world to Michigan Ross for a robust weekend of homecoming and reunion activities. Here is a look back at this year’s happenings and several reasons to attend next year:

The Alumni Board of Governors welcomed new board members. After the meeting, they enjoyed a tour of the Big House and a lively celebration at Pizza House, an Ann Arbor favorite.

Alumni Board of Governors Fall Meeting 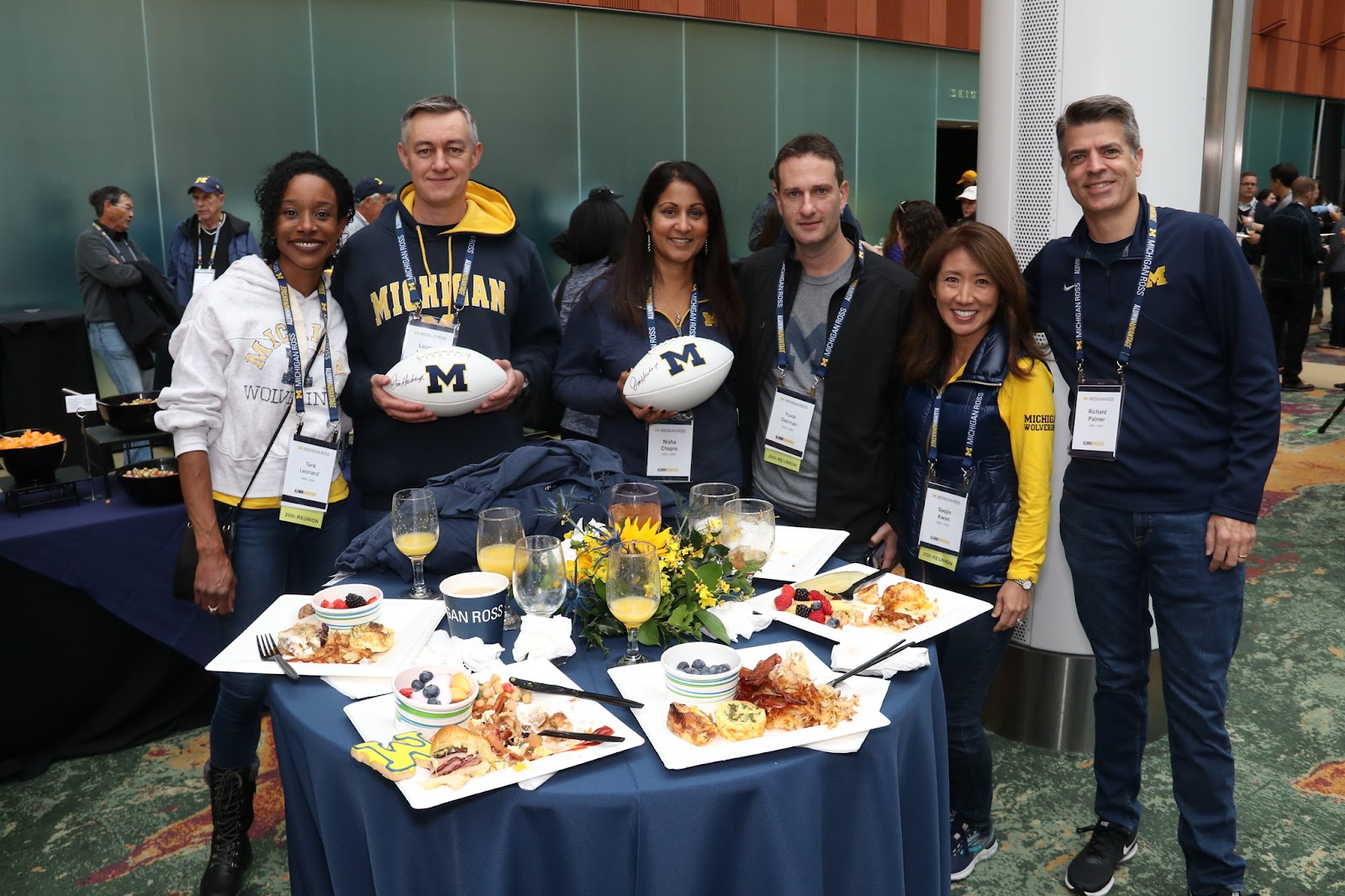 Alumni experienced an intriguing conversation moderated by Michael Barr, dean of the Gerald R. Ford School of Public Policy, that included a mix of Rice’s thoughts on foreign policy, diversity, and sports. Rice’s visit lasted through Saturday when she met students and taught a master class. During the homecoming game, Rice also acted as the “honorary captain” of the Michigan Wolverines.

Emeritus Dinner for the Class of 1969

Emeritus alumni, celebrating 50 years or more at Ross, were honored Friday evening in the Robertson lobby. Dinner was served among the sounds of The Friars, the a cappella subset of the University of Michigan Men's Glee Club. After dinner, Dean DeRue led a pinning ceremony introducing almost 20 honorees, along with one Emeritus faculty member, and a previous member of The Friars. 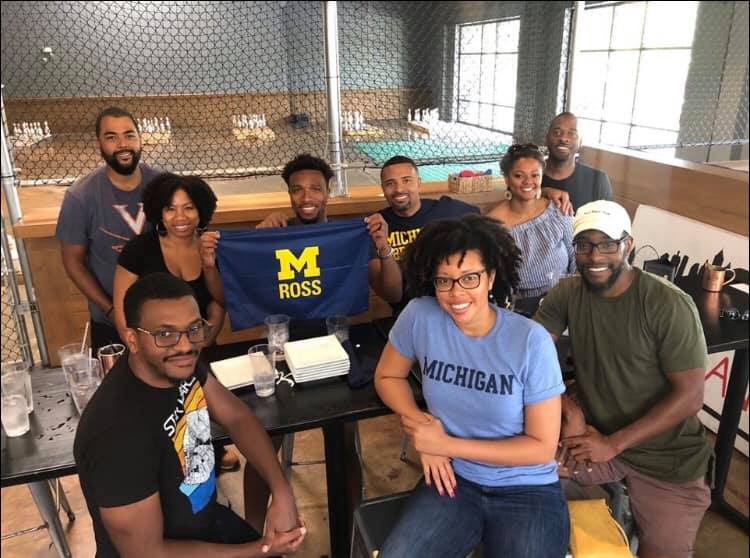 Alumni and current students gathered for an evening of networking and socializing at Cantina Ann Arbor. 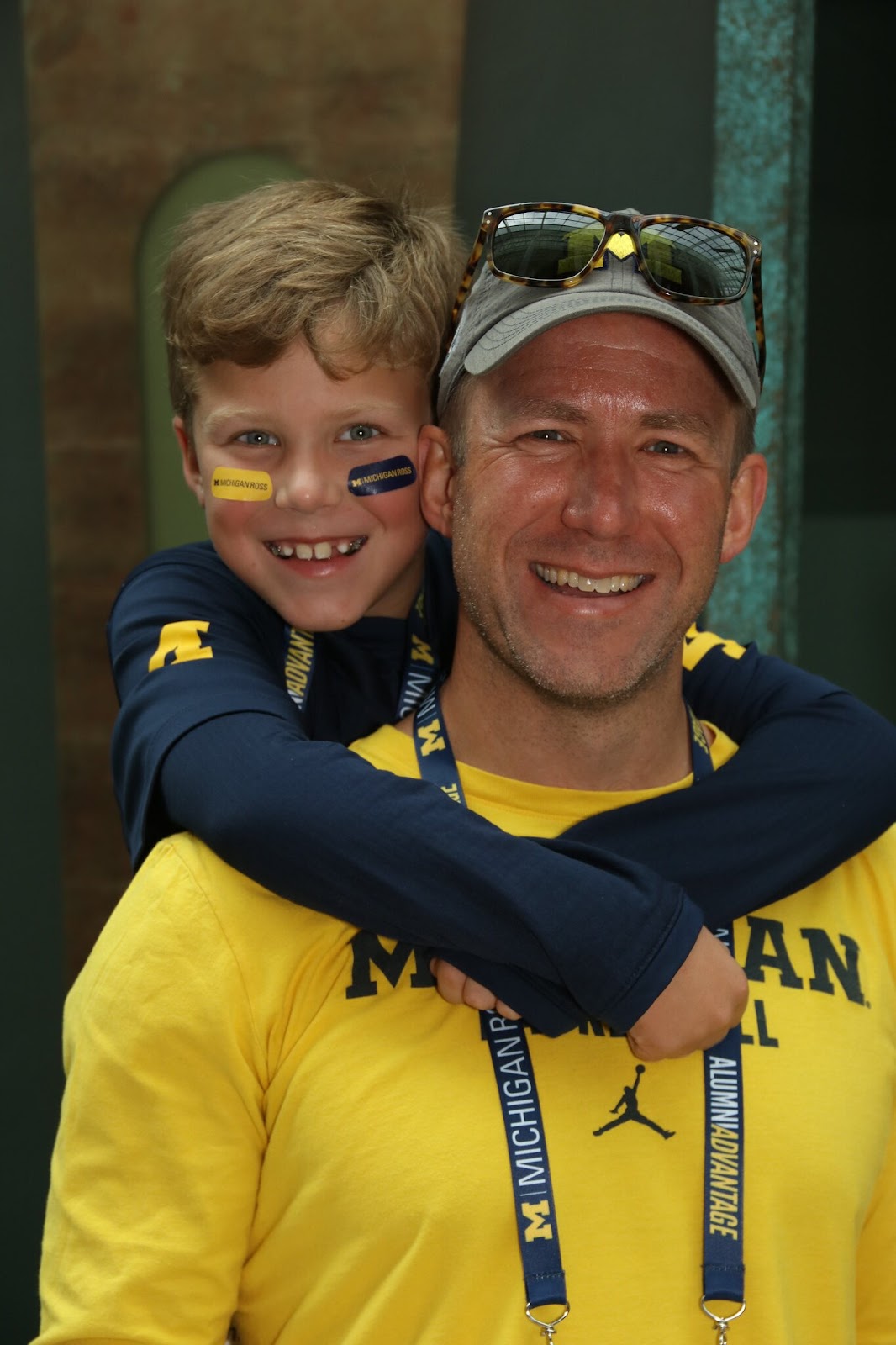 Game day started early at the Ross Reunion Tailgate. Alumni, family, and friends came together in the Winter Garden for a live DJ set, a variety of food, and activities for little football fans in the Wolverine Kids Zone.

Groups were shuttled over to the Big House for Homecoming 2019. Maize and blue filled the stands and alumni cheered as Michigan took home the victory beating Iowa 10-3.

It was great to see so many alumni, family, and friends back at Michigan Ross for a spectacular Reunion Weekend. We look forward to having you back next year!

Is your milestone reunion coming up next year? It’s time to start planning now. Contact RossReunionTeam@umich.edu to learn more about next year’s event.